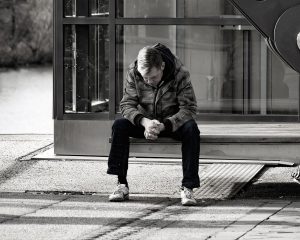 News Story of the Week: Loneliness - An Answer

There have been many stories about loneliness online and in print recently. One that came out a few weeks ago was in the online publication City Journal. It said:

Americans are suffering from a bad case of loneliness. The number of people in the United States living alone has gone through the studio-apartment roof. A study released by the insurance company Cigna last spring made headlines with its announcement: “Only around half of Americans say they have meaningful, daily face-to-face social interactions.” Loneliness, public-health experts tell us, is killing as many people as obesity and smoking. It’s not much comfort that Americans are not, well, alone in this. Germans are lonely, the bon vivant French are lonely, and even the Scandinavians—the happiest people in the world, according to the UN’s World Happiness Report—are lonely, too. British prime minister Theresa May recently appointed a “Minister of Loneliness.”

The story mentions how over the past 70 years the breakdown of the family has contributed to the epidemic of loneliness.

The article describes the problem well, and like other articles on this subject - doesn't offer a solution.

Here's a different take - that offers an answer:

Complete Talk: WE WERE MADE FOR LOVE