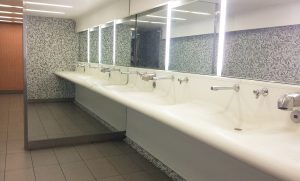 Make the Most of what you have!

About a year ago I was changing planes at Charlotte Airport. I went into the restroom and heard a voice speaking. Though the accent was foreign and the grammar not perfect, the spirit was unmistakable:

“Welcome to Charlotte! Nice town! Stalls over to the right. Make flush – water is free!”

The man in his 50’s was dressed in a white shirt, black pants, blue vest and blue bow tie. He went on talking like this, directing men to the stalls as they became free.

He’d greet each person with a smile as they came into the restroom with, “Welcome to Charlotte!” If they didn’t flush after using the stall he’d go in and flush. When men were done washing their hands he’d be there with a towel to wipe up the excess water on the counter.

All the while he was talking and greeting and moving around and making the restroom perfectly clean.
It was hard for those of us there not to smile at this whole experience.  A little bit of joy was being expressed and felt in the most unlikely place. 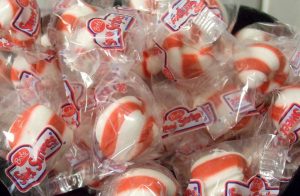 He had small cups of mouthwash that were set out and he’d motion to us that they were available. In other cups were large ball red and white striped mints – the kind that melt in your mouth.

People were coming in and going out at a rapid pace in this restroom at one of the busiest airports in America. The place was really humming! People were placing dollar bills in the tip jar near the mouthwash and mints. All the while the man was smiling and greeting new arrivals and cleaning and moving about.

I did a quick calculation from how many people were passing through, and concluded this man was probably making a six-figure income at his job!

I don’t know what motivated his actions- whether it was kindness and respect for his fellow man – or simply wanting to pay off his mortgage – but he was taking what we’d consider to be a lowly job to the level of High Art.

As I think back on this, I can’t help but be reminded of part of a hymn written by George Herbert:

Teach me, my God and King,
In all things Thee to see;
And what I do in anything,
To do it as for Thee.

A servant with this clause
Makes drudgery divine;
Who sweeps a room, as for Thy laws
Makes that and the action fine.