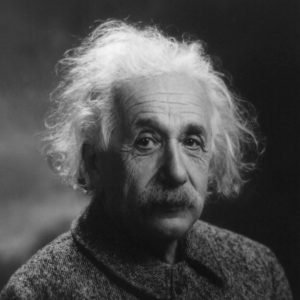 Is There a Creator That Will Take Care of Me?

"How to Love " That's the question we're discussing at this time on this station each day. The reason why it is a problem is that we have agreed together that the normal meaning of love in our society has greatly deteriorated and that most children and most parents, most husbands and wives, most students and teachers, most employees and colleagues that we have at business are having problems in their lives because nobody really loves in our society. We all talk about love and we dilute love down to our level but we don't really love.

So almost every social, personal, psychological, national, international, economic question resolves itself into the problem of how we can really love each other -- really love the way we all feel we should love.

The dilution of love

We have shared, you remember, that one of the problems is we have taken the heart out of the word "love". We have diluted it until it means nothing more than a kind of detached philanthropic concern as far as that is convenient for you yourself. We've done this of course, by taking the well-known command to "love your neighbor as yourself" and taking all the unselfishness out of it. We've done this by misinterpreting the command.

We have in our sociological, psychological pre-occupations interpreted this command as. "Oh, that means you have to love yourself before you love your neighbor. That always sounds great because everybody agrees they have to have self-respect. They have to take care of their bodies, wash themselves properly, eat the right food, develop their intellect and their abilities and their talents.

In effect we don’t love others.

The problem is we never get around to taking care of our neighbors. The problem is that all of us who have been loved in that way have the funny feeling that the other fella is putting himself first. If it came to it, he would put himself first. And in actual fact, most of us have deep down in our consciences the real definition of love as, "Greater love has no man than this that a man lay down his life for his friends." And we really have the feeling that if ever a person loves us, then he will really put us before himself.

Of course, that's the way we were brought up as children: "God first, others next, yourself last." That is in fact the meaning of love. But what we've been sharing is there's a real problem inherent in that, because if you lay all your abilities and talents at the disposal of other people, and want their best rather than wanting the best for yourself then who is going to look after you? Who's going to take care of you?

Of course, we've shared already that the foremost intellect of our generation, Einstein, had no doubt about who was going to take care, because he said, "My religion consists of a humble admiration of the illimitable superior Spirit who reveals himself in the slight details we are able to perceive with our frail and feeble minds. That deeply emotional conviction of the presence of a superior reasoning Power which is revealed in the incomprehensible universe forms my idea of God."

Einstein believed in God along with science.

Einstein in fact believed in God -- and believed in God not in spite of his science but because of his science. That's why he said you remember, "Science without religion is lame." It's lame -- because the scientist is always assuming in his hypotheses that there's order, there's a law of cause and effect in the universe. If he assumes that, he can't assume that that order and design was produced by time plus chance. He can pretend that the thing just came about by chance and then he's suddenly discovering order and design that has been built in by time plus chance.

He's really saying, "You wouldn't expect them to throw the bits of a watch into the washing machine, whirl them around for half an hour and then expect a fully formed watch to be lifted out of the machine. Time plus chance does not produce order and design. Time plus chance produces normally more chaos and anarchy. So he says, "Science without religion is lame."

Certainly he says religion without science is blind because religion without science is failing to see the beauty and order that is in the universe. But science without religion is lame because science progresses and can only take steps on the basis of the hypotheses that a scientist sets up. He sets up hypotheses on the basis of the fact that there is law and order and design and cause and effect. He can only assume that if he takes the further step and admits that order and design in our human world comes about only as the result of the operation of a human mind and the exercise of the human will.

Is Evolution the answer?

Of course, you remember we took the rather funny example of coming outside our front door and seeing a solid gold Cadillac sitting there. We don't immediately say, "Ah, that's that old thing that we've seen working so often. That it just evolved from a Volkswagen Beetle." We don't say that. We know that's stupid. We think to ourselves, "Well, wait a minute. Apart from anything else, it's only putting the question back."

But actually, we have never seen a Volkswagen Beetle evolve into a solid gold Cadillac. So we don't. We normally come out there and see the solid gold Cadillac, and our normal response is, "Oh, somebody left their car there. I wonder who put that there "

Someone behind the order we see

And of course, the response to the order and design in the universe is really the same. It's, "Oh, who put that there?" But many of us in our day have learned the rather artificial response, "Ah! How did it evolve?" It always sounds so clever, that comment. We say, "Well, now listen, you say Einstein is a great intellect but Darwin was a great intellect. What did he say? Didn't he explain the order and design of the universe"?

Well I don't know if you have read, "The Origin and Design of the Species" in which Darwin presented his theory of evolution. But if you do read it, read carefully a paragraph that is almost the very last paragraph of the book. Here is what Darwin wrote, "There is a grandeur in this view of life with its several powers having been originally breathed by the Creator into a few forms or into one. And while this planet has gone cycling on according to the fixed law of gravity, from so simple a beginning, endless forms most beautiful and most wonderful have been and are being evolved." That was written by Darwin.

If you look at that paragraph, actually you'll see that he even puts a capital "C" at the word Creator. It runs like this, "There is a grandeur in this view of life with its several powers having been originally breathed by the Creator into a few forms or into one." In other words, Darwin took the same position as Einstein. You can explain how the universe might have evolved after it was created, but the only way to explain the world itself is that there was a Creator.

Listen to How to Love-No. 11-Einstein: "Science without religion is lame."