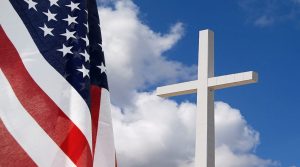 Is the United States a Christian Nation?

The first answer to that question is a resounding, “No!” Its founders had the “Christian” background of Europe where there were cultures of “state” churches in Britain and the other European nations that were nominally Christian. And certainly the efforts of Luther, Calvin and the Wesleys had lifted not a little of the darkness of the institutional church. But if you ask whether Thomas Jefferson, Benjamin Franklin, or George Washington were Christian, we would probably say that is questionable. They were statesmen, and did the job that was needed to create what we now call the USA. Was the War of Independence righteous? We can only reply that in some way it was part of God’s plan, and provided now, for millions who can live in a freedom that the old world knew little of.

The USA has passed several milestones that have brought us, for better or for worse, to where we are today. I will list 7 of them here:

The USA has accommodated millions of immigrants from other lands who have gladly made their home in this country and has, for the most part, benefited greatly by their arrival.

To begin to explain why we should not confound The United States with Christianity is quite simple. The eternal Son of the Creator whose birth to Mary divides our history into BC and AD came, not to fix the world’s problems, but to reveal to us that His death in eternity was each of our deaths in Him and our resurrection to new life in Him.

The task of the Christian politician is not to make laws that favor Christians. His or her job is to tend to his or her own standing with the Savior and to vote on laws as they may be just or unjust to his or her best informed understanding. When we vote for a politician, we need to vote regarding our country or state or district according to what we believe is just and right. There is a possibility that a Christian politician may be wrong-headed, in our understanding, of his vision. And there also is the possibility that a purely secular politician who makes no religious claims has a record which shows he has heeded his conscience in things that matter. We need to elect leaders who understand problems of our country and of the world and are willing to do their best to bring the right kind of change.

Some years back there was a politician who saw the evangelical community as a group that could help him get elected to public office. He had the ability to say all the right things to that community, but his personal morality left much lacking. I felt rather sorry that so many evangelical voters were willing to give him the benefit of the doubt, where their conscience may have helped them make a better choice.