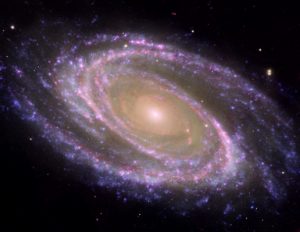 Has Anybody Seen God?

People talk about God all the time. They go to synagogues, mosques, churches, and meditate wherever they are to worship and seek God. But has anyone ever seen God?

Is there a superhuman life or is this a closed universe limited to what we can see and touch? Right from our beginnings as a human race we and our forefathers have always felt there has to be some power beyond this earth who is ultimately responsible for our existing at all. In other words there has to be a FIRST CAUSE however many intermediate or evolutionary causes lie in between.

“Is there any touch-and-see evidence of life from outer space?”

However, this kind of reasoning consists primarily of circumstantial evidence such as the order and design in our world, the existence of conscience and the universal intuitive belief in a Supreme Being. Is there any empirical evidence of a life above and beyond ours? Is there any touch-and-see evidence of life from outer space?

A UNIQUE HUMAN BEING

The answer is “yes”. In the first century of our era there appeared on earth a remarkable human being. Unlike other religious leaders who claimed to tell us humans about the Supreme Being who originated our world and our lives this man did not die like a dog. This is what happened to Buddha, Mohammed, Confucius, Zoroaster, Moses and Jeremiah. They told us a lot about the Creator of the world, but they themselves SUCCUMBED TO DEATH LIKE THE REST OF US. Their graves contain their bones and there is no evidence that they ever left the earth or got beyond its confines. This man Jesus told us he was the unique Son of the Creator of the universe, but when he was killed and was buried, he came alive again, moved among hundreds of people in Palestine for over a month and then simply disappeared off the earth. He explained that between his death and his coming to life again he had been with His father the Creator of the world and that he was going back to Him again to prepare a new world for us.

“…there is a Creator behind all that we see.”

This is the empirical evidence we have that there is a Creator behind all that we see around us. However, there are several obvious questions about evidence like this that we call empirical. First, HOW RELIABLE IS THE EVIDENCE THAT THIS MAN EVER EXISTED? Secondly, how reliable is our present version of that evidence? Thirdly, does this evidence clearly indicate a life that has come from outer space?

The first question is about the HISTORICITY OF THIS REMARKABLE HUMAN BEING. Did he actually exist? Why believe that he did? The reason for believing that this man Jesus existed is that the historians who tell us about him were actual eye-witnesses of his actions and words. They didn’t hear it from others 500 years later as did the followers of Buddha, nor did they read it in collections of myths as did the Hindus. People like Peter and John lived and walked with Jesus of Nazareth. Peter put it like this in the last quarter of a collection of books known to us by their Greek title “ta biblia” the Books: “For we did not follow cleverly devised myths when we made known to you the power and coming of our Lord Jesus Christ, but we were eye-witnesses of His majesty. For when he received honour and glory from God the Father and the voice was borne to Him by the Majestic Glory, ‘This is my beloved Son, with whom I am well pleased,’ we heard this voice borne from heaven, for we were with Him on the holy mountain.”

But how do we know that Peter was an eye-witness? Because the life and death of this man Jesus was a well-known public event and men like Peter were well-known by those who were alive at that time. Other writers like Clement, Ignatius and Barnabas refer to Peter and his writings during these years in the first century A.D.

However, there is another reason for our certainty that these men who have given us the best account of this remarkable life were actual eye-witnesses who told the truth of what happened. Other historians whose writing were not included in the Bible also referred to this Jesus. For instance, Tacitus, the leading historian of Imperial Rome wrote in his “Annals”: “The author of that name (Christian) was Christ who in the reign of Tiberius suffered punishment under his Procurator Pontius Pilate.” Even the Jewish historian Josephus confirms, “There was about this time, Jesus, a wise man, if it be lawful to call him a man, for he was a doer of wonderful works – a teacher of such men as received the truth with pleasure. He drew over to him both many of the Jews, and many of the Gentiles. He was Christ; and when Pilate at the suggestion of the principal men amongst us had condemned him to the cross, those that loved him at the first did not forsake him, for he appeared to them alive again the third day.”

Is there other evidence that this unique human being lived in our world and was in some way connected with the superhuman life behind our world? YES.

Is the Bible History or Myth? by Ernest O’Neill
The New Testament Documents – Are They Reliable? by F.F. Bruce